Who is Jared Kirby?

In 1995, Jared Kirby began his career in combat for stage and screen and Western Martial Arts. He currently teaches in and around New York City and online. He has choreographed fights Off-Broadway, across the U.S., London, and Sydney.

Jared is the editor and one of the translators of “Italian Rapier Combat”, the first complete, professional translation of Capo Ferro. He is also the editor and wrote the introduction for “The School of Fencing” by Domenico Angelo and annotated by Maestro Jeannette Acosta-Martínez. Most recently “The Gentleman’s Guide to Duelling” was released in February 2014 and a reprint of Donald McBane’s The Expert Swordsman’s Companion was released in January 2017. For more information, see Amazon.com. 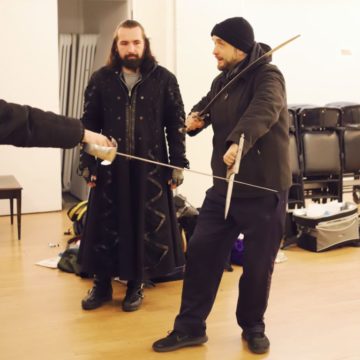 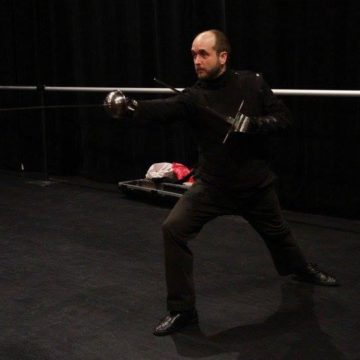 Teaches Fencing as a Master at Arms