The need for actors who know how to fight is bigger than ever, so there’s never been a better time to channel your inner fighter and train in screen & stage combat!

This summer workshop is an immersive week with New York Combat for Screen & Stage which has been training actors for nearly two decades. Our goal is to provide a place where actors can hone their craft in creating safe violence for screen and stage. NYCSS focuses on grounding fights in martial reality to make sure the action is highly realistic and an integral part of the story which reveals character.

All stories have conflict. Often that conflict can be expressed in various levels of violence. In fact, violence can often enhance the story being told.

There are  3 ways to participate in the NYC Screen & Stage Combat Summer Intensive.

Have you taken the NYC Summer Intensive before? Then click here to see if you can enroll in the Film Fight Intensive that happens concurrently. 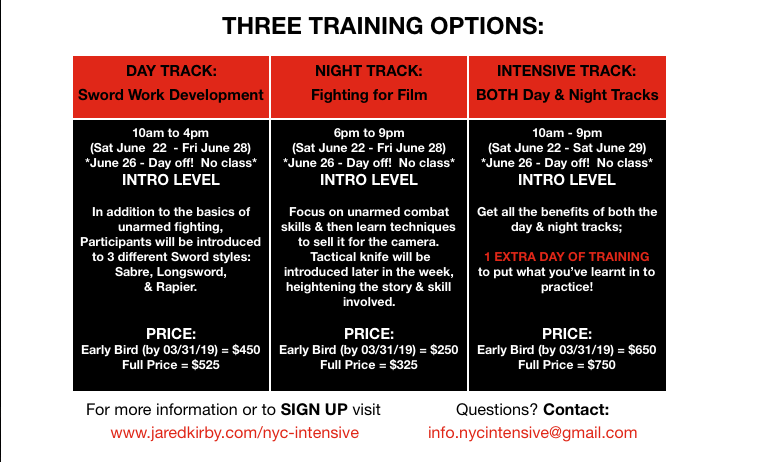